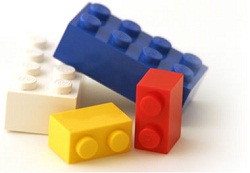 In this article, let us take a real world example of part-whole hierarchy and use composite design pattern using java. As a kid, I have spent huge amount of time with lego building blocks. Last week I bought my son an assorted kit lego and we spent the whole weekend together building structures.

Let us consider the game of building blocks to practice composite pattern. Assume that our kit has only three unique pieces ( 1, 2 and 4 blocks) and let us call these as primitive blocks as they will be the end nodes in the tree structure. Objective is to build a house and it will be a step by step process. First using primitive blocks, we should construct multiple windows, doors, walls, floor and let us call these structures. Then use all these structure to create a house. 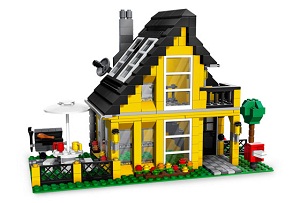 When we get a recursive structure the obvious choice for implementation is a tree. In composite design pattern, the part-whole hierarchy can be represented as a tree. Leaves (end nodes) of a tree being the primitive elements and the tree being the composite structure. 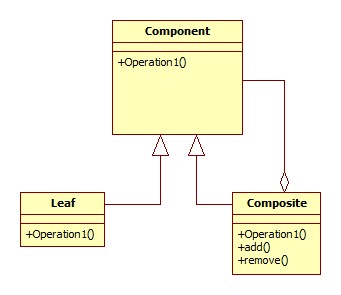