GoF definition for facade design pattern is, “Provide a unified interface to a set of interfaces in a subsystem. Facade Pattern defines a higher-level interface that makes the subsystem easier to use.”

To simplify that interaction process, we introduce facade layer. Facade exposes a simplified interface (in this case a single interface to perform that multi-step process) and internally it interacts with those components and gets the job done for you. It can be taken as one level of abstraction over an existing layer. 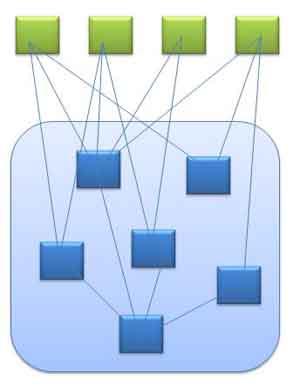 Facade design pattern is one among the other design patterns that promote loose coupling. It emphasizes one more important aspect of design which is abstraction. By hiding the complexity behind it and exposing a simple interface it achieves abstraction. 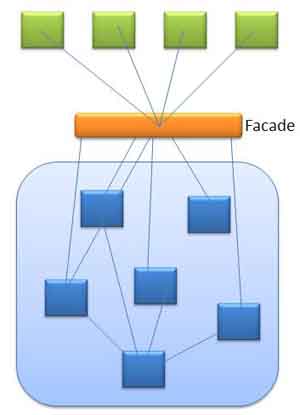 I wish to give you couple of real world examples. Lets take a car, starting a car involves multiple steps. Imagine how it would be if you had to adjust n number of valves and controllers. The facade you have got is just a key hole. On turn of a key it send instruction to multiple subsystems and executes a sequence of operation and completes the objective. All you know is a key turn which acts as a facade and simplifies your job.

Similarly consider microwave oven, it consists of components like trasnformer, capacitor, magnetron, waveguide and some more. To perform an operation these different components needs to be activated in a sequence. Every components has different outputs and inputs. Imagine you will have separate external controller for all these components using which you will heat the food. It will be complicated and cumbersome.

In this scenario, oven provides you preprogrammed switches which can be considered as a facade. On click on of a single switch the job gets done. That single menu switch works as an abstraction layer between you and the internal components.

These are realworld examples for facade design pattern. In software scenario, you can have interfaces which acts as a facade. Methods in these interfaces contains the interaction sequence, formatting and converting data for input for components. As such it will not hold the business logic. 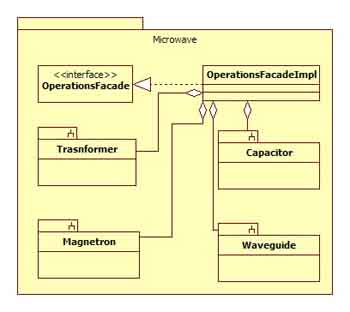 In my experience the common mistakes I have seen is,

Mediator design pattern may look very similar to facade design pattern in terms of abstraction. Mediator abstracts the functionality of the subsystems in this way it is similar to the facade pattern. In the implementation of mediator pattern, subsystem or peers components are aware of the mediator and that interact with it. In the case of facade pattern, subsystems are not aware of the existence of facade. Only facade talks to the subsystems.