Core concept of ThreadLocal is, “every thread that accesses a ThreadLocal variable via its get or set method has its own, independently initialized copy of the variable”. In this tutorial we will learn about ThreadLocal.

A thread is a single line of process. When we refer multi-threaded applications, we mean that there mulitple (sequential flow of control) line of process that runs through the same lines of code. In such situation, there is a possibility of one sequence(thread) accessing/modifying data of other sequence(thread). When data cannot be shared like this, then we make it threadsafe. Following are the some of the different ways of implementing threadsafe operation:

So, in the above list Thread-local is one option. Hope now we get how ThreadLocal fits in the cube. 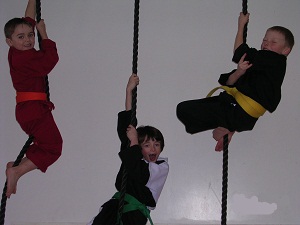 I cannot resist but quote Joshua Bloch (who better I can choose for this section),
in his own words:

Above points, in my own terms: We have an object that is not threadsafe and we want to use it safely. We go for synchronization by enclosing that object in synchronized block. Other way around is using ThreadSafe, what it does is holds separate instance for each thread and makes it safe.

In the above sample code, get() method is key to understanding. It returns the value in the current thread’s copy of this thread-local variable. If the variable has no value for the current thread, it is first initialized to the value returned by an invocation of the initialValue method.

The class below generates unique identifiers local to each thread. A thread’s id is assigned the first time it invokes ThreadId.get() and remains unchanged on subsequent calls.

Use of ThreadLocal in Java API

In JDK 1.7 we have got a new class namely ThreadLocalRandom. It can be used to generate random numbers specific to parallel threads. Seed for random number will be unique for each thread. This is a real cool utility.

Following is the code that implements ThreadLocal in the above class:

ThreadLocal is not evil, it is a nice utility API. It all depends on how we use it. We should learn to choose the right tool for the right situation. We cannot use cannons to burst mosquitoes, but do not blame the cannons.

There are strong complaints all over the web saying ThreadLocals will cause memory leaks. 'Mostly' No!

I wish to quote Joshua Bloch,

"...There is nothing inherently wrong with thread locals: They do not cause memory leaks. They are not slow. They are more local than their non-thread-local counterparts (i.e., they have better information hiding properties). They can be misused, of course, but so can most other programming tools...."

Comments are closed for "ThreadLocal".