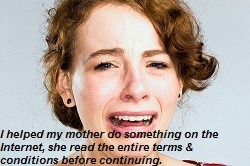 It is the choice of JVM implementer to decide the behavior of JVM on System.gc() invocation. In general we do not think about memory management when writing our Java code and leave it to the JVM. In some special cases like when we are writing a performance benchmark we may call System.gc() in between runs. Following is another example where invoking gc makes a difference.

Almost everything is unspecified and left to the underlying OS. Let us look at the following code,

In the above code, line number 24 System.gc() is commented. When I run this program now, always I get “Unable to delete: … “. Now lets uncomment the System.gc() and re-run it multiple times to understand the behavior. Now we get “Successfully deleted: …” most of the times. I tested the same with just ByteBuffer and garbage collection happens nice and immediate.

‘Looks like’ since the MappedByteBuffer is heavily OS dependent, the garbage collector is not instantaneous to reclaim. But when we invoke System.gc() garbage collector releases the handle and we are able to delete the file. Shall we make an inference that, “while using MappedByteBuffer and if we are working with memory sensitive program, then its better to call System.gc()”. Note that this behavior is JVM dependent.

Wishing you a happy and prosperous 2014. Thank you for your support to Javapapers all these years and looking forward to your continued patronage. I am feeling fresh and you can expect better articles than ever. Java 8 is coming up and lot more to discover.

Comments are closed for "System.gc() Invocation – A Suitable Scenario".