This Java tutorial is to learn about what is a micro benchmark and how to do a micro benchmark using JMH. Java Microbenchmark Harness (JMH) is a Java tool by OpenJDK for creating benchmarks. We can use JMH to benchmark programs written in Java and other languages that targets the Java JVM. Benchmark is a tricky thing and it can more often go wrong than right. It is better to use an existing tool to do micro benchmarks instead of doing our own calculations and statistics. In this tutorial, we will see how to get started using JMH using an example micro benchmark.

What is a Micro Benchmark? 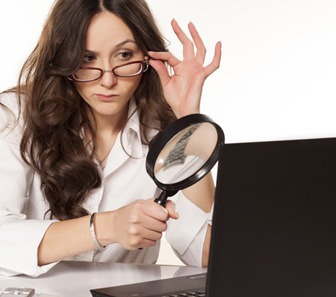 I would like to cite couple of resources to learn micro or nano or whatever benchmarks.

How to do a Micro Benchmark?

We often do not worry about the performance requirements. We start with building functionality and concentrate on making things work and don’t focus on how. Once the software goes to production, we will be facing the inevitable. It is good to have the performance objectives written down before writing the code. We should weigh the importance of performance with respect to the functional requirements and should come up with a balance between them.

Stages of a micro benchmark:

Every stage of a micro benchmark is important. Stage are, benchmark design, benchmark code implementation, benchmark test execution and results interpretation. Each of these stages are critical and many things can go wrong on these. At the design stage iron out the objective for benchmark. There are too many parameters to consider when designing the benchmark methodology. Based on the objective, you can choose the parameters that you need to focus. Go through the following key points and it highlights the essential points to remember to do a micro benchmark.

So if you are considering to write your own micro or nano benchmark implementation code, then my recommendation is a BIG NO. Having discussed all the above, we know how it is difficult to get a micro benchmark right. How to do a warm-up of the environment? Managing the OS power balance process, equal priority for threads, repeating the task cycle, recording observations and reporting stats, etc; all these steps should be done in an accurate and repeatable way. Our stopwatch benchmarking methodology is surely not sufficient for this.

Better way is to use an existing tool to do the benchmark implementation. Still we can go wrong in other stages of a micro benchmark, at least we get the implementation part correct depending on the tool we use. Caliper by Google and JMH by OpneJDK are two popular tools to do Java micro benchmarks. I have not done any comparison study between these two tools. In this tutorial I have taken JMH and in some future tutorial I will write a how to use Caliper. If you are aware of some good tools to do Java micro benchmarks, add that in comments and I wish to explore them too.

How to Benchmark with JMH

I will help you to get started with JMH. Let me take an example Java code and show you how to benchmark it using JMH. It is suggested that it is better to execute the JMH benchmark tool from command line instead of an IDE as it may influence the benchmark results.

I am going to use Maven and Eclipse to create a project to prepare the program / benchmark code. Then run it from the command line.

Create a new Maven project with the following pom.xml There are two dependency jars jmh-core and jmh-generator-annprocess, their names are self explanatory.

@Benchmark is the annotation that tells the JMH to benchmark the method. This example is just to verify our setup and see if JMH is doing the benchmarking. Next we can see a practical example.

Let us know see a practical example. Assume that we need to sort a list of integer numbers and we should decide what data structure/API should be used for sorting the numbers. We are not going to write our own sort algorithm as Java has provided API. There are two options available either to use primitive int and Arrays or use Integer and Collections.sort. Now let us do a micro benchmarking between these two options and analyze the results. Before going into benchmarking we should understand the following terms.

Rate at which the processing is done. @BenchmarkMode({Mode.Throughput}) calculates the operations per second. The timebound can be configured. Just a count of how many time the method is executed for the given time duration.

Measures the average execution time. @BenchmarkMode({Mode.AverageTime}) calculates seconds by operations. The timebound can be configured. Its the reciprocal of throughput.

JMH has got lots of options using which we can tune our benchmarks. This tutorial is to help you to get started with running the tests and I recommend you to go through the JMH documentation for complete set of APIs and it usages.

I ran the test with two different count of numbers. First to sort 25 integers and then to sort 1000 integers and found the following interesting benchmark results. 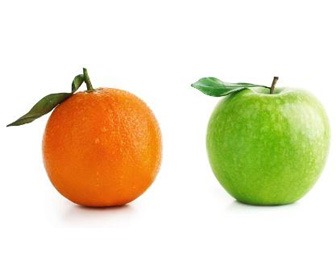 Above is only the summary of the benchmark results. When the number of integers to sort increases, collections sort API decreases in performance. There is no significant difference in the primitive side even when the count varies significantly. This benchmark is to showcase JMH and how to get started with it. This is not to introspect the Java sort APIs and so the results may not exactly reflect the truth.

Comments are closed for "Java Micro Benchmark with JMH".