java vs javaw vs javaws

This article gives an awareness tip. Do you know the difference between java, javaw and javaws tools. All these three are java application launchers. We know well about java.exe which we use quite often. Our command line friend, mostly we use it for convenience to execute small java programs. javaw is rare for us. Sometimes we have seen that in running application list in windows task manager. javaws is web start utility.

We need to know about jvm.dll also. This is the actual java virtual machine implementation in windows environment and it is part of the JRE. A ‘C’ program can use this jvm.dll directly to run the jvm.

javaw.exe is very similar to java.exe. It can be considered as a parallel twin. It is a Win32 GUI application. This is provided as a helper so that application launches its own GUI window and will not launch a console. Whenever we want to run a GUI based application and don’t require a command console, we can use this as application launcher. For example to launch Eclipse this javaw.exe is used. Write a small java hello world program and run it as “javaw HelloWorld” using a command prompt. Silence! nothing happens then how do I ensure it. Write the same using Swing and execute it you will see the GUI launched. For the lazy to ensure that it is same as java.exe (only difference is console) “javaw HelloWorld >> output.txt”. It silently interprets and pushes the output to the text file. 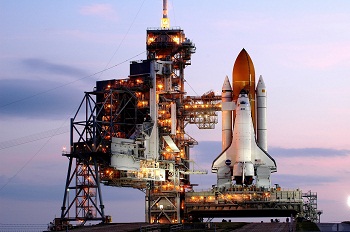 javaws.exe is used to launch a java application that is distributed through web. We have a jnlp_url associated with such application. We can use as “javaws jnlp_url” to launch the application. It downloads the application from the url and launches it. It is useful to distribute application to users and gives central control to provide updates and ensures all the users are using the latest software. When the application is invoked, it is cached in the local computer. Every time it is launched, it checks if there is any update available from the distributor.

Comments on "java vs javaw vs javaws"

Comments are closed for "java vs javaw vs javaws".