This Java article is to introduce and discuss about Integer Cache. This is a feature introduced in Java 5 to save memory and improve the performance. Let us first have a look at a sample code which uses Integers and showcases the Integer Cache behavior. From there lets study how and why it is implemented. Can you guess the output of the following Java program. Obviously there is some twist in it and that’s why we have this Java article.

What we generally expect is to have both statements to return false. Though the values are same, the compared objects should be different as they will have different references. If you are a beginner, then in Java == checks for object references and equals() checks for values. So here in this case, different objects should be having different reference and so when compared, they should return a false boolean value. What is strange here is, the behavior is not same. Two similar if-conditions returns different boolean values.

Now lets look at the above Java program’s output, 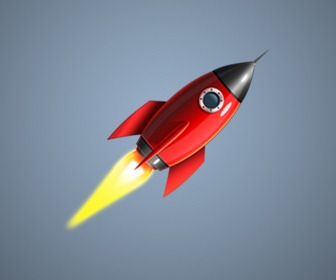 In Java 5, a new feature was introduced to save the memory and improve performance for Integer type objects handlings. Integer objects are cached internally and reused via the same referenced objects.

Automatic conversion done by Java compiler from a primitive to its corresponding Java wrapper class type is called autoboxing. This is equal to using the valueOf as follows,

So now we know where this caching should be implemented in the Java JDK source. Lets look at the valueOf method source from Java JDK. Following is from Java JDK 1.8.0 build 25.

There is a lookup to IntegerCache.cache before constructing a new Integer instance. Then there is a Java class taking care of the Integer caching.

IntegerCache is a private static inner class of Integer class. Lets have a look at that class. It is nicely documented in the JDK and gives most of the information.

The Javadoc comment clearly states that this class is for cache and to support the autoboxing of values between 128 and 127. The high value of 127 can be modified by using a VM argument -XX:AutoBoxCacheMax=size. So the caching happens in the for-loop. It just runs from the low to high and creates as many Integer instances and stores in an Integer array named cache. As simple as that. This caching is doing at the first usage of the Integer class. Henceforth, these cached instances are used instead of creating a new instance (during autoboxing).

Actually when this feature was first introduced in Java 5, the range was fixed to –127 to +127. Later in Java 6, the high end of the range was mapped to java.lang.Integer.IntegerCache.high and a VM argument allowed us to set the high number. Which has given flexibility to tune the performance according to our application use case. What is should have been the reason behind choosing this range of numbers from –127 to 127. This is conceived to be the widely most range of integer numbers. The first usage of Integer in a program has to take that extra amount of time to cache the instances.

In the Boxing Conversion section of Java Language Specification (JLS) it is stated as follows,

A above statement ensures that the reference of objects with values between -128 and 127 should be the same. Reasoning for this decision is also provided as below,

Ideally, boxing a primitive value would always yield an identical reference. In practice, this may not be feasible using existing implementation techniques. The rule above is a pragmatic compromise, requiring that certain common values always be boxed into indistinguishable objects. The implementation may cache these, lazily or eagerly. For other values, the rule disallows any assumptions about the identity of the boxed values on the programmer’s part. This allows (but does not require) sharing of some or all of these references. Notice that integer literals of type long are allowed, but not required, to be shared.

This ensures that in most common cases, the behavior will be the desired one, without imposing an undue performance penalty, especially on small devices. Less memory-limited implementations might, for example, cache all char and short values, as well as int and long values in the range of -32K to +32K.

This caching behavior is not only applicable for Integer objects. We have similar caching implementation for all the integer type classes.