Following are some of the tools available. Each of these following tools have their own advantages and disadvantages. We can improve performance of an application by choosing the right tool and doing the analysis in an organized manner. For this tutorial, let us go with the Java VisualVM.

Java VisualVM is available with the Java SE SDK installation for free. Just have a look at the bin folder of your Java JDK installation. \Java\jdk1.8.0\bin is the path. There are many other tools available along with the javac and java tools. jvisualvm is one among them.

Java VisualVM provides information about running Java applications with a visual interface. It is many tool bundled into one. Tools like JConsole, jstat, jinfo, jstack, and jmap are now part of Java VisualVM.

Java VisualVM can be used to

jvisualvm is available in bin fold of JDK. 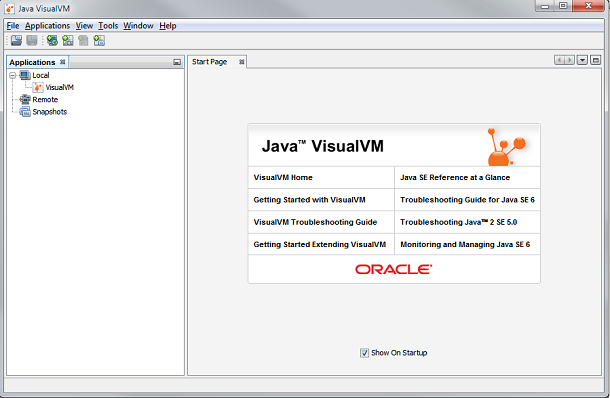 We need to install a visual GC plugin have a nice and worthy visual feel of the Java GC process. 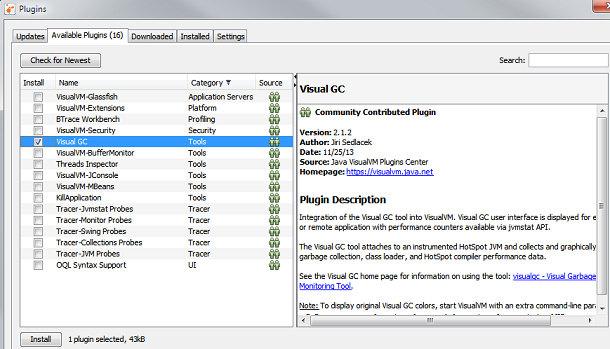 Now its time to monitor the garbage collection process. Start your Java application and it will be auto detected and shown in the Java VisualVM interface. In the left side “Applications” pane under the “Local” node, all the locally running Java applications will be listed.

Java VisualVM is a Java application and so it will also me listed in it. For tutorial purpose we will monitory the GC process for the VisualVM application itself.

Double click the VisualVM icon shown below the “Local” node.

Now the application monitoring pane is open on the right side. There are different tabs to show each of the performance related monitoring aspects of the application. As of now our interest is on “Visual GC” and lets click it. 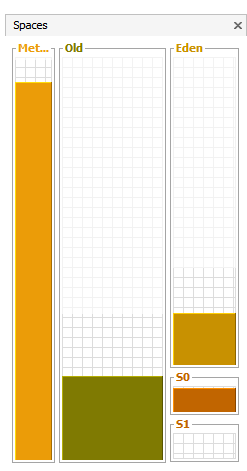 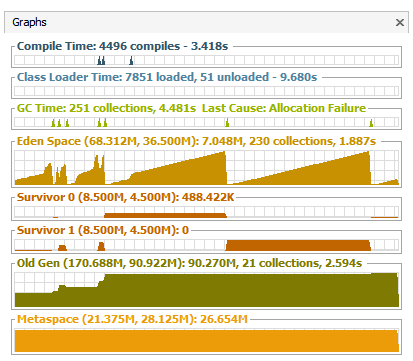 The above shown graphs are for a normally behaving application. When there is a memory leak or any abnormal behaviour it will explicitly evident from the graph itself. To the least we can understand that there is an issue related to object memory allocation and garbage collection. Then with the help of other tabs like “Threads” and with Thread Dump we can narrow down the issue.

In the “Monitor” tab we can monitor overall Heap memory utilization as a timer series graph. We have got “Perform GC” button to initiate the garbage collection process.

In the “Sampler” tab we can start the memory and CPU profiling process. It will show detailed live report for each instance wise utilization. It will help to nail down the performance problem. 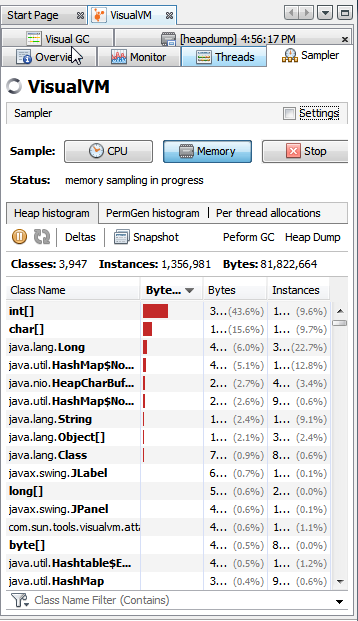 With this tutorial, we have come to the end of the four part Java garbage collection tutorial series.

Comments are closed for "Java Garbage Collection Monitoring and Analysis".