Close the resources in finally block is a well know rule for all java developers. As part of exception handling mechanism, we should always ensure to close and release the resources that is used inside the block. In a block of code which is enclosed in a try-catch block, if an exception is thrown the normal flow is altered.

Look at the above code block. The best place to close and release all the resources is finally block. So what is the resource we are talking about here? Resources means database connection, file connections, etc. 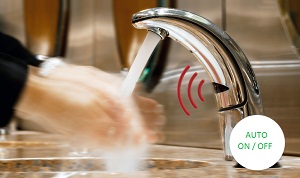 As stated above, we are going to close the resources in the finally block. Look at the following code, how ugly it looks like.

Explicitly the programmer has to close the resource and need to surround it with a try-catch block and all inside the finally. This is a standard repeated code in java projects.

We just need to put a try-catch and we don’t do anything to handle it there. Apache’s IOUtils introduced methods to use inside finally block such as above.

org.apache.commons.io.IOUtils has methods to suppress the exception thrown inside finally block when the close method is executed.

Let us create a custom class that implement AutoCloseable. It is not rocket science, there is only one method named ‘close’ in the interface and implementing that is sufficient.

Output for above example:

Look at the sequence of output listed above to understand the flow of control and the order in which the close method is invoked internally.

Read the Lion and Tiger example line by line. There is an important point to understand is hidden in it. Now go back and read Lion.java

When try-with-resources compiled to bytecode…

As given in Java Language Specification,

following is the equivalent code of above, when converted to without try-with-resources,

Comments are closed for "try-with-resources".