Spring 4.0 was released in December 2013 and developers are migrating to it gradually. New Java projects are recommended to adopt it directly. It was one of the major version release for Spring framework. Major features on Spring 4 is the complete support for Java SE 8 and Groovy. Following are the Spring 4.x features highlights and lets see about each of them in detail in coming tutorials. 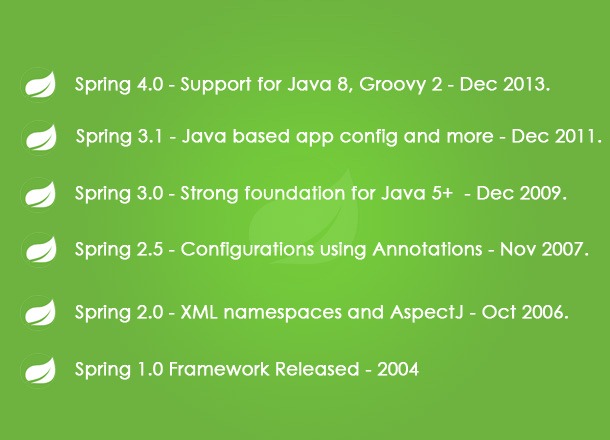 Spring 4.1.5 was released on February 20, 2015 with lots of new features and improvements.

If you are using Spring framework it is good time to upgrade to Spring 4.x