Couple of weeks back, I wrote an article to introduce JVM server and client mode and discussed about how they differ performance wise. I just thought of running some programs and capture performance metrics on these two modes and show case it to you.

As I have explained in my previous article, JVM server mode will give significant performance increase on long running java applications where there is a scope for larger performance optimizations.

Just for experiment sake, I intended to capture performance metrics on short lived core java programs. Do not try to read much out of these metrics as these two modes does not make much sense for this type of programs. Just did this out of curiosity. 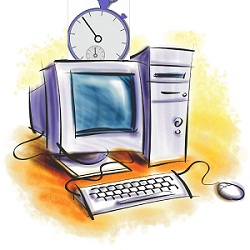 Started this fun exercise with a dummy loop and recorded duration on both server and client mode.

So how to read the following table. I ran the program consequetively for five times with the same input first in client mode and then in server mode. Last column shows the difference (performance improvement) of server mode over client mode. Time is measured in milli seconds. I ran the loop for 99999999 iterations.

By seeing the statistics, I was awed and felt amazing. After the first execution, Server mode runs in no time! Theoretically its impossible. But it says that it has taken negligible amount of time to execute. That means the optimization by JIT compiler at runtime has done its job. This is happening only because its a dumb program. JIT compiler has recognized that there is nothing inside the for loop and have removed it as part of optimization.

Loop with a Dummy Statement

JIT is brilliant enough to optimize it!

I just wanted to run a meaning ful program which has a loop and see how the server mode optimizes it. Following program just sums the first n natural numbers. I ran with input 99999999.

There is not much optimization done in this case as we should understand that there is no scope for improvement.

Shall we run a standard algorithm and see the performance and I chose the bubble sort. I have used a random number generator to generate the candidate numbers for sorting. I sorted 9999 numbers and recorded the following milli seconds.

Not much improvement in this case either.

I thought of running the program for a little bit longer with input larger input 99999. That is to sort 99999 number.

Comments on "Performance of JVM Server and Client Mode"

Comments are closed for "Performance of JVM Server and Client Mode".