My previous article on exploring java serialization is a box office hit. In continuation to that and popular request, I am going to write on how instances are created during serialize and de-serialize process.

There is a mystery. If you strongly believe that the constructor of a class is called everytime when an object is instantiated, then you have got a surprise.

To understand the above, consider the two example scenarios given through diagram, 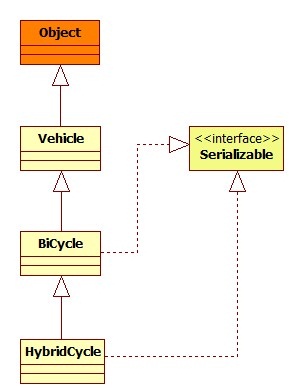 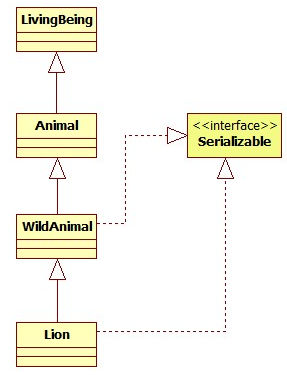 Therefore, when you serialize an object of HybridCycle or Lion, as a chain it will save the state till Vehicle and Animal classes respectively.

Comments on "Object Construction in Serialization"

Comments are closed for "Object Construction in Serialization".