Class, method, field and any other similar constructs introduced by java compiler are called synthetic. It may not be directly visible in the java source code.

Java synthetic classes, methods and fields are for java runtime’s internal purposes. We may not need to have knowledge about them to write the code. 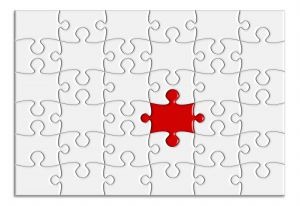 When synthetic is created?

Similarly for constructor of inner classes also synthetic is created. There are many occasions, like this where a synthetic field or method or class is created.

When a default constructor is not available it is created by the Java compiler, but this generated constructor does not qualify as synthetic as per spec. Refer bug.

So what does Java Virtual Machine Specification (SE7) says about synthetic,

A class member that does not appear in the source code must be marked using a Synthetic attribute, or else it must have its ACC_SYNTHETIC flag set. The only exceptions to this requirement are compiler-generated methods which are not considered implementation artifacts, namely the instance initialization method representing a default constructor of the Java programming language (§2.9), the class initialization method (§2.9), and the Enum.values() and Enum.valueOf() methods..

In the following program, we have a nested class with a private attribute and it we have not give a getter method. We access that directly from the enclosing class. Java compiler introduces a getter method on compilation.

We have used reflection to list all the methods of the nested class and checking if they are synthetic. We get the generated method listed and isSynthetic returns true.

Use javap to analyze the class file generated: